Has this ever happened to you? It’s a rainy Friday afternoon. All the homework is finished, you’ve got everything done. As you snuggle up on the couch under a cozy blanket, you really wish you had something brand new to read. You know you have a few extra dollars you’ve been saving for an ebook, so you get on Amazon to search for something interesting. The problem is…you can’t find a book that looks interesting or has good reviews. You try reading the book snippets available and find the story either boring or inappropriate! You’re frustrated because you are searching under Christian books but there isn’t anything interesting or truly up-lifting.

I want to help you!

Below, I’ve compiled a list of quality books I’ve read and reviews I’ve written for them. These titles only made it on this page because they are quality stories. 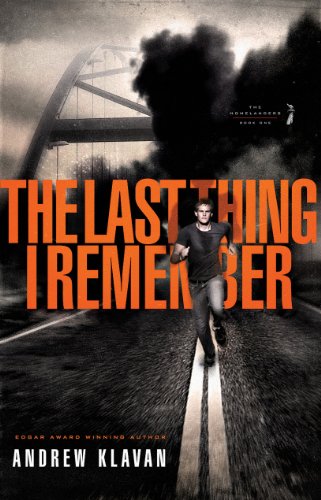 I literally had never heard of Andrew Klavan before this year.  I found the Homelanders series through a search of other books by this author.  I was never a huge fan of dystopian novels but after reading the book synopsis of The Last Thing I Remember I knew it was going to be good.

Charlie West just woke up in someone else’s nightmare.

He’s strapped to a chair. He’s covered in blood and bruises. He hurts all over. And a strange voice outside the door just ordered his death. The last thing he can remember, he was a normal high-school kid doing normal things—working on his homework, practicing karate, daydreaming of becoming an air force pilot, writing a pretty girl’s number on his hand. How long ago was that? Where is he now? Who is he really? And more to the point . . . How is he going to get out of this room alive?

It sounds a little more gruesome then it actually is to be honest.  Yes, there are some intense moments and yes there is some violence but I was pleasantly pleased to see there was no foul language or inappropriate moments.  It was an exciting, well written piece of literature and I definitely recommend this book if your into action adventure. 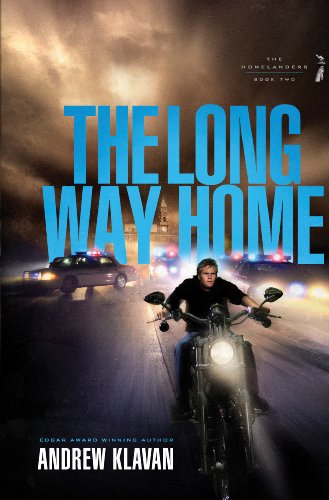 I was pleased to see that there was more than one book in this series!  I bought books 2-4 together because I knew I would like them.  The Long Way Home picks up where The Last Thing I Remeber ends.

Sometimes you have to go home to find out who you really are. Charlie West went to bed one night an ordinary high-school student. He woke up a hunted man. Terrorists are trying to kill him. The police want to arrest him for the stabbing death of his best friend. He doesn’t know whose side he’s on or who he can trust. With his pursuers closing in on every side, Charlie makes his way back to his hometown to find some answers. There, holed up in an abandoned mansion, he’s joined by his friends in a desperate attempt to discover the truth about a murder he can’t remember—and the love he can never forget.

Again, there are some intense moments in the book but author Andrew Klavan does an amazing job of writing action adventure and conflict without the questionable content a lot of other action adventure novels have.  If you liked book, you’ll love book two! 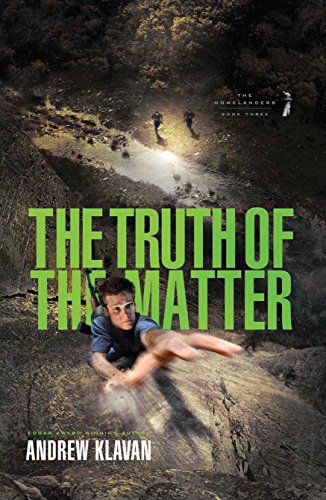 A bit confused after reading books 1 and 2?  Book three of the Homelanders series is when everything starts coming together and the mystery unravels.

“Never give in.” Ever since he woke up in a terrorist torture chamber—with a year of his life erased from his mind—Charlie West has been on the run. He has one desperate hope of getting his life back: track down the mysterious agent named Waterman. But in fact, reaching Waterman—and recovering the secrets lost in his own memory—will only increase his danger. Because a team of ruthless killers is rapidly closing in on him, determined to stop him from finding the answers. And the truth of the matter is more incredible . . . and more deadly . . . than he could ever imagine.

This page is currently under construction – Please check back here later! 😀